Sarah lived to be a hundred and twenty-seven years old. She died at Kiriath Arba (that is, Hebron) in the land of Canaan, and Abraham went to mourn for Sarah and to weep over her. Abraham rose from beside his dead wife and spoke to the Hittites. He said, “I am a foreigner and stranger among you. Sell me some property for a burial site here so I can bury my dead.” The Hittites replied, “Sir, listen to us. You are a mighty prince among us. Bury your dead in the choicest of our tombs. None of us will refuse you his tomb for burying your dead.” Abraham rose and bowed down before the people of the land, the Hittites. He said, “If you are willing to let me bury my dead, then listen to me and intercede with Ephron son of Tzochar on my behalf so he will sell me the cave of Machpelah, which belongs to him and is at the end of his field. Ask him to sell it to me for the full price as a burial site among you.” Ephron the Hittite was sitting among his people and he replied to Abraham in the hearing of all the Hittites who had come to the gate of his city. “No, my lord, Listen to me; I give you the field, and I give you the cave that is in it. I give it to you in the presence of my people. Bury your dead.” Again Abraham bowed down before the people of the land and he said to Ephron in their hearing, “Listen to me, if you will. I will pay the price of the field. Accept it from me so I can bury my dead there.” Ephron answered,  “Listen to me, my lord; the land is worth four hundred shekels of silver, but what is that between you and me? Bury your dead.” Abraham agreed to Ephron’s terms and weighed out for him the price he had named in the hearing of the Hittites: four hundred shekels of silver, according to the weight current among the merchants. So Ephron’s field in Machpelah near Mamre—both the field and the cave in it, and all the trees within the borders of the field—was deeded to Abraham as his property in the presence of all the Hittites who had come to the gate of the city.  Afterward Abraham buried Sarah in the cave in the field of Machpelah near Mamre (which is at Hebron) in the land of Canaan. The field and the cave in it were deeded to Abraham by the Hittites as a burial site.

Notice public nature of the sale, the weighed pieces of silver, Abraham’s insistence upon acquiring a deed to the property. And notice the phrase ‘resident alien’ – גר ותושב. The term גר was later employed by the Rabbis to describe someone who chooses to become Jewish. In the Torah גר refers to a non-citizen, a foreigner living in a place that belongs to others. The Torah tells us to love the stranger and to remember that we were strangers in Egypt.

So, at this point, let’s meet (big thank you to Kent Davis for flagging this gem in the NYT) the first Jewish man to own a house in North America, the first kosher butcher in New York, a Jew named Asser (another form of Asher אשר) Levy; he got his license to practice his trade from Peter Stuyvesant (no friend of the Jews was he!), the peg-legged big-shot type governor of New Amsterdam. For the passionate  2nd amendment advocates among us, the take note: In 1657 Mr. Levy successfully petitioned for the rights of the Jewish settlers to bear arms. The NYT once called Mr. Levy “the patron saint of Jewish police officers in America” after he gained the right to join the militia and helped defend the settlement against raids from the Native Americans. If you find yourself in Stuyvesant Town, you can visit a public bathhouse and pool named after him, and if you head to Coney Island, you can discover Asser Levy Park.

So what’s the big deal? He reminds me of Abraham, a stranger in New Amsterdam, a guy who settled down, who became very much a Jewish American, a guy who left a mark on the place he lived. When we read this week’s Torah portion we see a strong-willed diplomatic get-it-done man who acquired a burial spot – the Cave of Machpela – for his family. That spot continues to draw the faithful “even unto this day.” Consider the Hittites and their open ways: they made it possible for Abraham to lay down roots. And consider the city fathers of New Amsterdam: they gave folks like Asser Levy the chance to make their way in a new land. And you shall love the stranger – ואהבתם את הגר – for you, too, were strangers once. 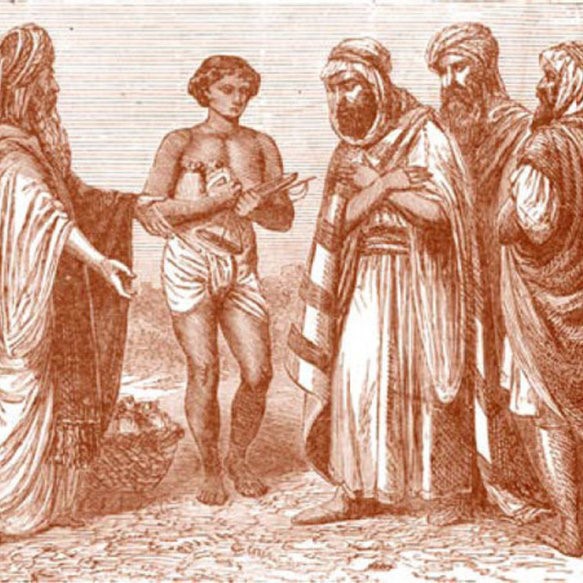