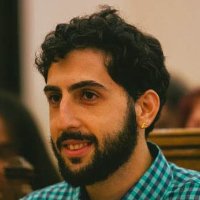 The book of Leviticus (Sefer Vayikra ספר ויקרא) entails many difficulties for the modern reader. First, it can easily be conceived as a cluster of ritual laws that have little to do with our modern Jewish experience.  Second, the priestly image of the world depicted in it seems quite detached from our world outlook; for example, the forces of purity and impurity that play such a fundamental role in the metaphysics of Leviticus.  Though they can still be relevant in some areas of our lives, their influence has diminished significantly over the centuries, for many reasons.

One reading Tazri’a-Metsora תזריע-מצורע immediately realizes the difficulties that Leviticus poses. The parashah deals with impurities of physical origin, such as those caused by tzara’at (scale disease) and bodily secretions.The idea that a phenomenon of natural and physiological origins, such as a disease or a secretion, might be considered a source of ritual impurity raises a severe theological problem. How is it possible to conceive a physical dysfunction, over which one has no control, as the cause of grave impurity?  Adding serious impurity to the disease itself seems arbitrary punishment for the person who contracted the latter.

Apparently the Sages also were troubled by this idea. In the Talmud (Arachin 16a) Rabbi Yohanan suggests that the infections caused by a scale disease (neg’a’im) should be conceived as the result not of a physical dysfunction but rather of a moral one. He lists seven immoral acts as possible causes, among them lashon ha-r’a לשון הרע, slander or evil gossip. A parallel explanation is found in a story in Leviticus Rabbah (Metsora 16). There Rabbi Yanai suggests that the word metsora is a contraction of the phrase motzi shem r‘a מוציא שם רע, i.e., one who defames or denigrates others. These two Palestinian sages offer similar responses – despite manifesting itself through physical signs, tzara’at צרעת is not a physiological disease but rather a sign of moral ill health. Therefore, people do have control over it; one can prevent this disease by refraining from defamatory conduct and communications.

The S’fat Emet (Rabbi Yehudah Arieh Alter, Poland, 19th-20th Cent.) elaborates on this idea. Drawing on the K’li Yakar (Rabbi Shlomo Ephraim ben Aaron Luntschitz, Poland, 16th-17th Cent.), he suggests an alternative etymology for the word metsora.  According to his view, this term is not a contraction of the phrase hamotzi shem r’a – as suggested by Rabbi Yanai – but rather a part of this phrase: motsi ra‘ מוציא רע, i.e., he who takes out the evil. As he often does, the S’fat Emet succeeds in bringing up a very profound psychological reading of the text. The infection (neg’a נגע), the wound caused by the disease, indicates that a person afflicted is actually taking out, or digging up, the hatred that resides in his heart. Conceived this way, the infection is not only a sign of the disease, but also a means of its healing. Only by removing the evil from one’s heart can a person truly be cleansed of it. According to this interpretation, instead of avoiding the disease, sometimes we have to immerse ourselves in it; we have to willingly defile ourselves by coming in contact with all that is harmful in order to achieve a true and total purification. The awareness of our own wounds is often the beginning of our healing journey.